Here are four of my "bronze" animals, made of polymer clay and painted with several coats of bronze water-based paint. They are all based on Roman originals. The leopard is from Vindolanda. 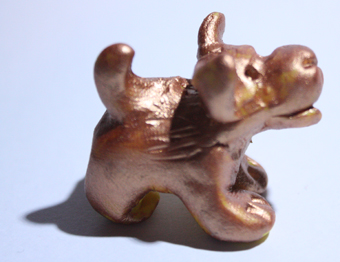 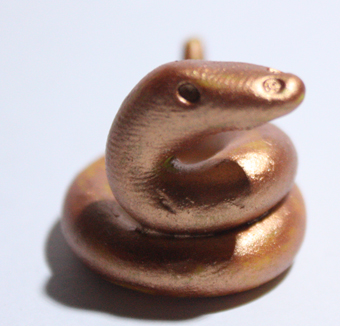 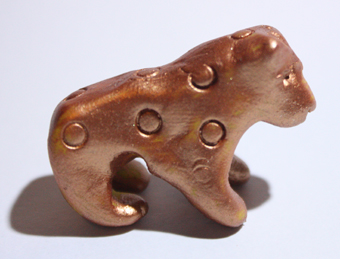 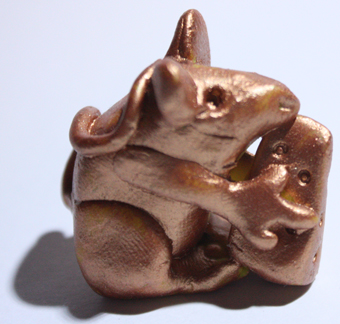 We are going to have a Minimus Craft lesson this week - animalia aenea, samian ware and more. Pictures will follow!
Posted by Dr F at 9:32 pm No comments:

I had always wanted to try making a Roman lamp, now that we have an efficient kiln at school. So I did some research on how pottery lamps were made. 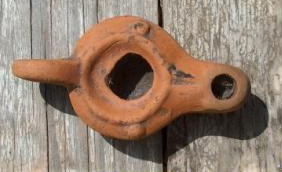 Many lamps were mass-produced in plaster or pottery moulds, such as this example from Vindolanda. 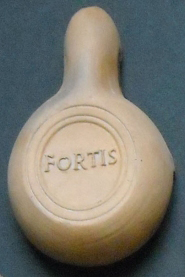 I was pleased to discover that the biggest name in factory lamps was Fortis, as seen on this lamp from Modena. It was such a famous brand that other makers forged the stamp on their lamps.

I started with a solid lamp shape made of clay (plasticine would have worked just as well). Then I poured a 2cm layer of plaster into a plastic margarine tub. When that was just set, I put the clay lamp in place, then poured more plaster to half way up the lamp. 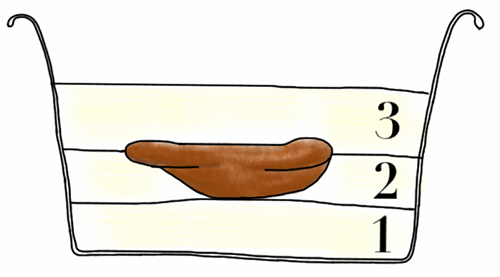 I left this layer to set hard then drilled out four holes, about 1cm round and deep, with the tip of a knife. These are sockets, and the upper mould will have lugs to fit them. 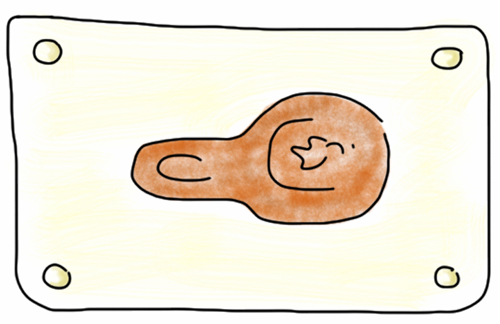 I covered the plaster surface with Vaseline. Then I poured the third plaster layer, ending about 2cm above the lamp. Next day I took the mould out of the tub, and separated the two parts. Then I scraped out the clay, and cut the name into the bottom half of the mould. 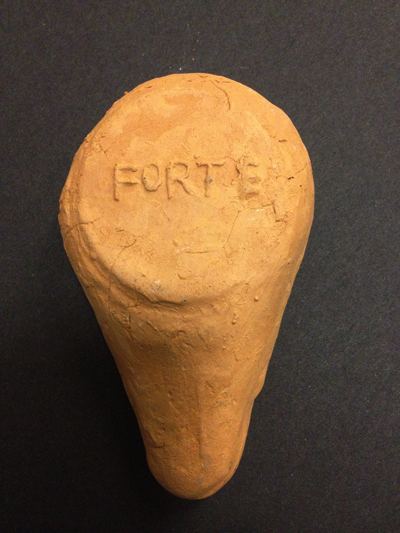 I rolled out terracotta clay about 1/2 cm thick, and pressed it tightly into the mould. Then I trimmed the top edges, damped them and put the two mould parts together, fixing them with rubber bands. I left it to dry for several days. The final stage before firing was to drill a wick hole and an air hole. The large hole is used for filling, but it ended up a bit bigger than I wanted it. Finally I fired it. 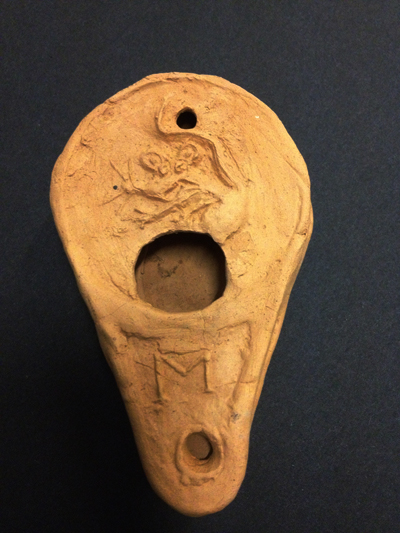 It took a fair bit of time, but I have been able to make three lamps from the mould so far, and plan to make more when I get round to it! 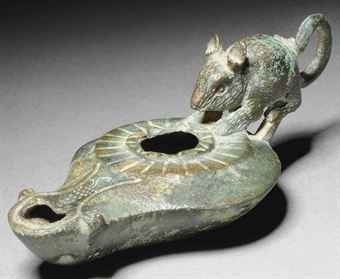 Minimus would like this beautiful bronze mouse lamp!
Posted by Dr F at 8:51 pm No comments: