At the beginning of May, the Minimus team had their meeting at Vindolanda, which meant that we were able to explore the site and museum - completely transformed since our previous visit - and also to have fun at the Roman Army Museum. 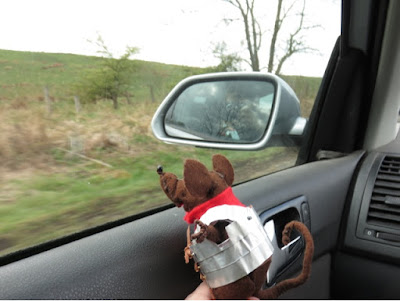 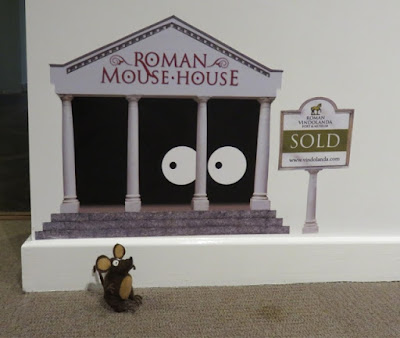 He was pleased to see that the museum had made special preparations for his stay, but was a little disconcerted by the massive eyes! 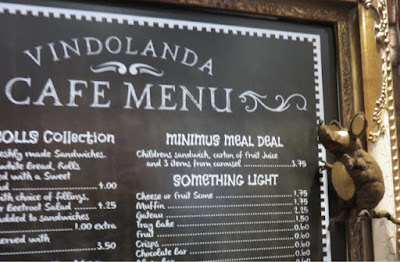 The newly refurbished cafe is no longer called after Lepidina (maybe Candidus would have been a better patron!) but at least Minimus has a spot on the menu! 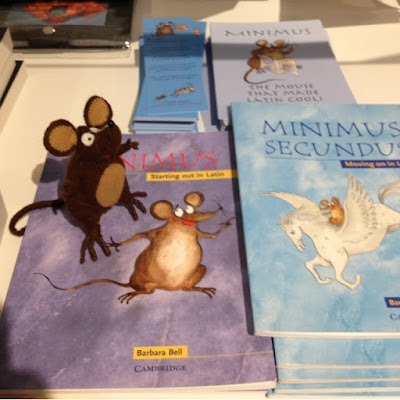 He's also well represented in the bookshop, which has lots of brilliant books about the site, the tablets and the Romans in general. 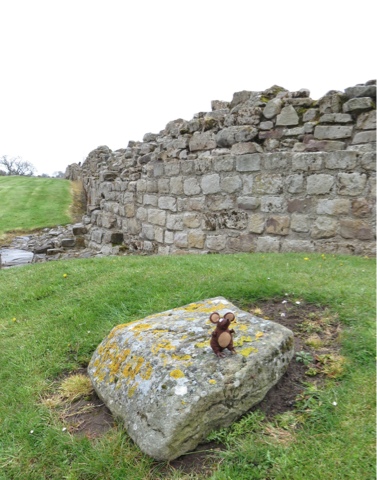 Here, Minimus is sitting on a stone very close to the ditch where the first of the Vindolanda tablets were excavated. 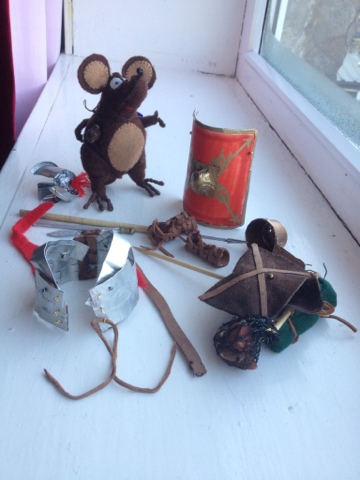 Minimus spent a lot of time getting ready for his visit to the Roman Army Museum. 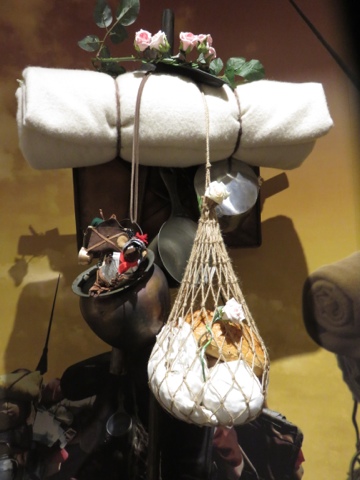 He found a soldier's marching kit with a cooking pan just the right size for a mouse! 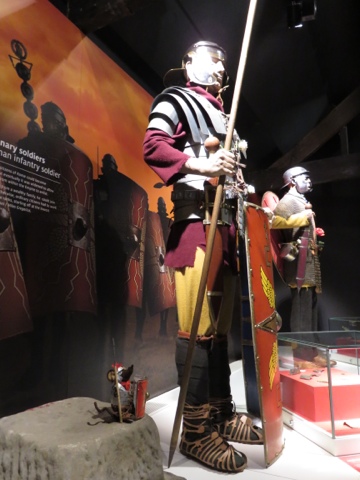 Minimus practised standing to attention with his pilum (javelin). 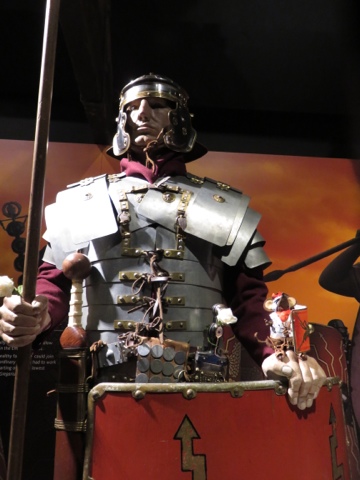 This soldier lent Minimus a hand to look out for invaders 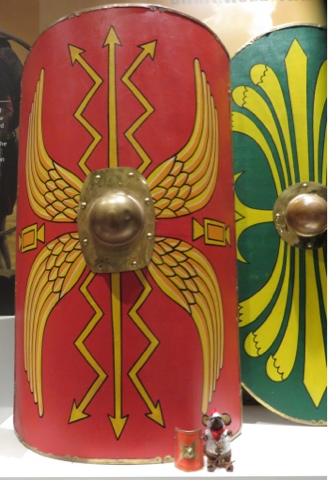 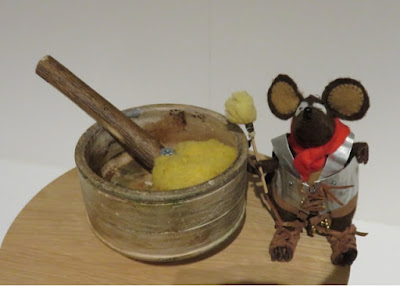 All good soldiers carry their own spongia (spongestick) for the latrina (loo)! 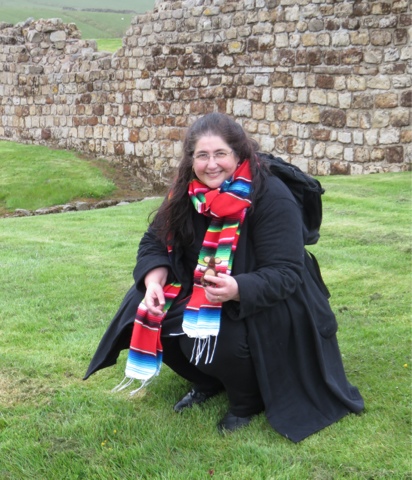 We shall definitely need to go back soon!