A few more bits from the 'Roman' cupboard. I like to pick up Roman-looking stuff from charity shops and car boot sales as well as making things. 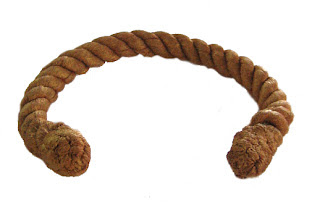 The torc is made from rope twisted over a wire core. I think it was an old school skipping rope. The ends are stitched and bound with thread. Then I put several coats of gold Meltdown paint on it.

The drinking cup is one of those 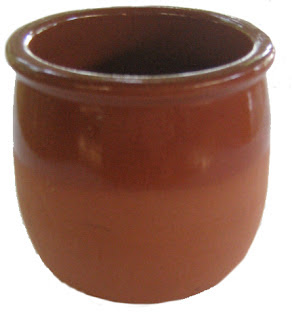 pots that have expensive chocolate mousse in, I think. (This one came from Oxfam). I was ticked off for drawing wine cups with stems in one of the drafts of Minimus, so I made a point of looking out the other sort. I have to hide it at school because the kitchen keeps a whole lot like this for salad dressing. 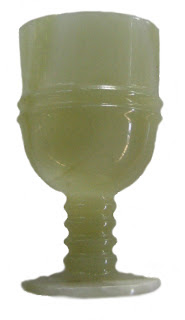 This weird glass cup might have a stem but it does look like onyx, so I couldn't turn it down. It's one of a set from Oxfam or somewhere like that. Just the thing for the upper-class triclinium.

My elegant spoon turned up at a jumble sale. It looks pretty Roman to me. 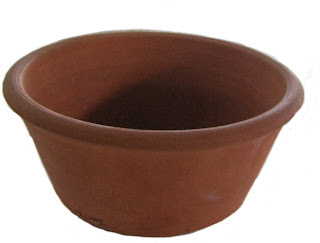 The cooking pot was made by a local pottery for baking bread in. I think Candidus would use it for porridge or something, because Roman bread was flat-bottomed. The only time I tried baking bread according to a Roman recipe, it turned out very flat and rock hard (it tasted good, though). I may need to rethink my cooking methods. I may need to let other people do the cooking.


I found this glass in an Italian supermarket. It's cast in a mould, exactly like real Roman glass. It wasn't as expensive, though. 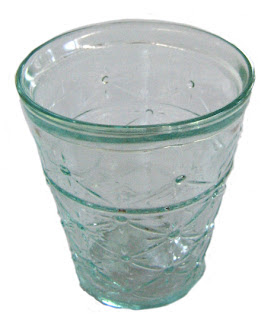