The Judgement of Paris this time, with an enlarged cast of plastic people. We photographed the figures against a blue felt display board, so we could edit them more easily (and then we never did).

Firstly, here's Hermes, messenger of the gods, bringing the Golden Apple to Paris. 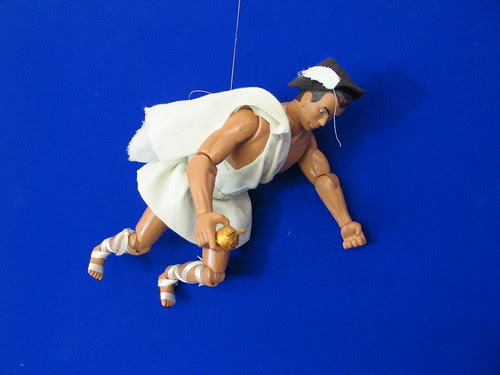 Here are the three goddesses, lining up for the beauty competition: 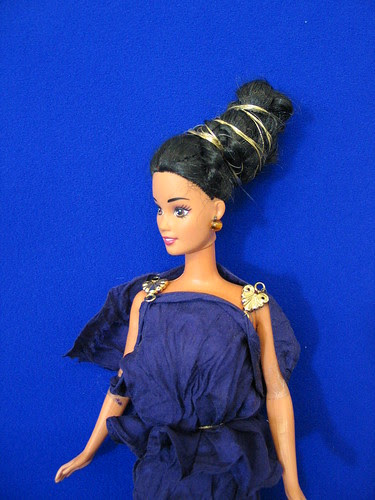 Hera, in queen-of-the-gods kit (the dress is really more purple than it looks!) 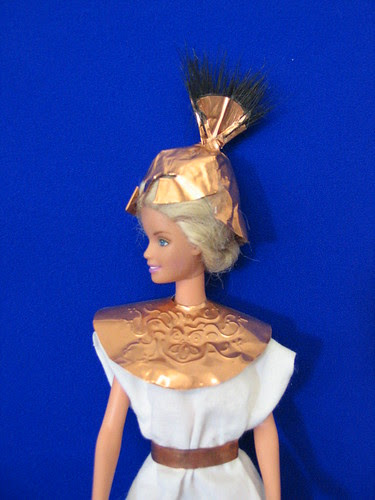 Athena, with helmet and aegis made of copper foil. The crest is made of paintbrush bristles. I probably should have used Barbie-hair. There was plenty about; we had to crop Athena's hair to fit the helmet on... 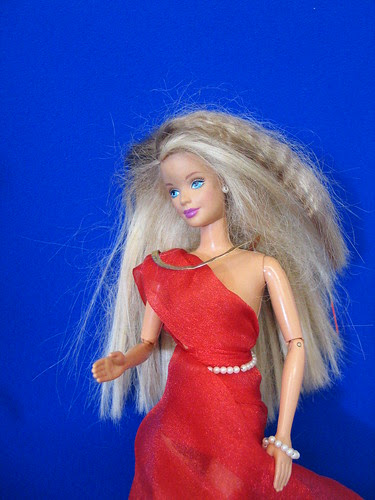 Aphrodite, with gold necklace made from a flattened hoop earring I found in a car park. Her diaphanous garment is stuck on with double sided tape. 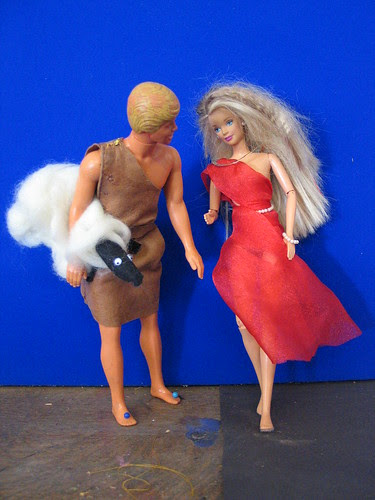 Paris eyeing up Aphrodite before picking her as the winner. He is clutching one of his sheep (for reassurance only). He refused to stand up, so we had to pin his feet to the table. He can be Oedipus next time round!
Posted by Dr F at 7:44 pm No comments: