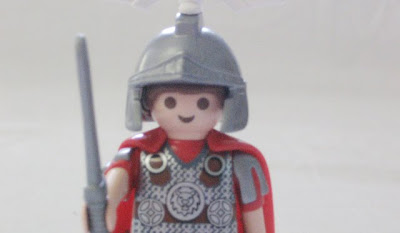 Months after acquiring the playmobil amphitheatre ('for school, of course') I've finally finished stringing together year 5's little animations. This set features soldiers following orders, and is based on Minimus Chapter 7.
The children photographed the playmobil figures with a digital still camera, then recorded the sound clips using the computer's basic sound recorder and a simple microphone. The animations were assembled with Movie Maker.
See the animation here.
Posted by Dr F at 1:31 pm No comments: 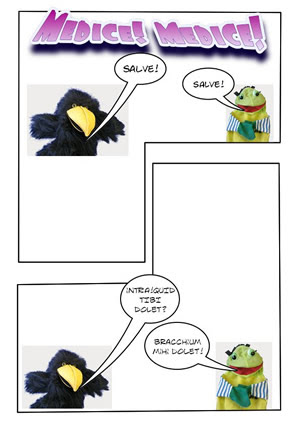 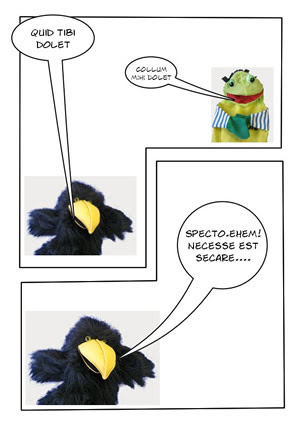 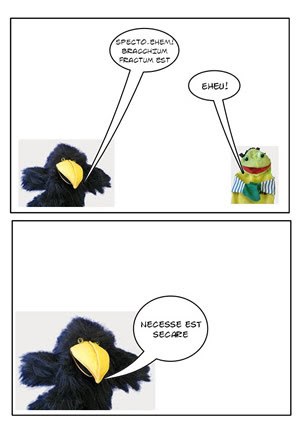 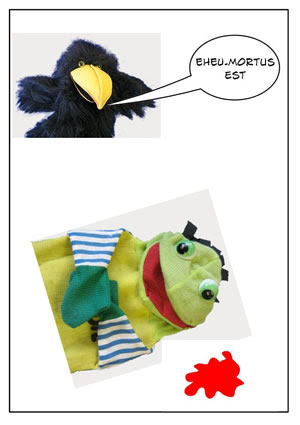 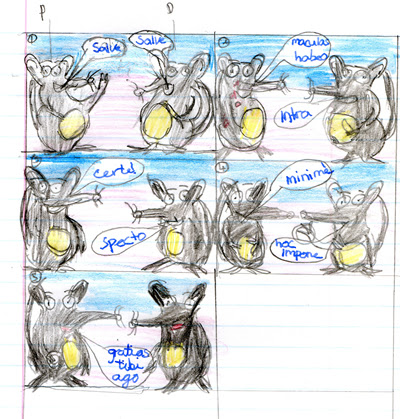 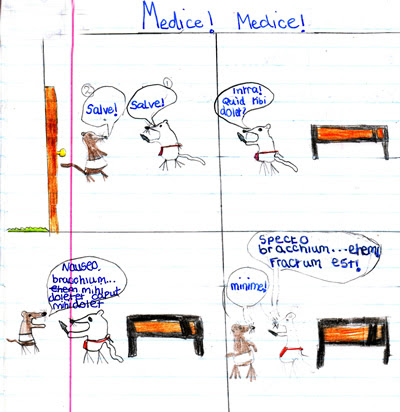 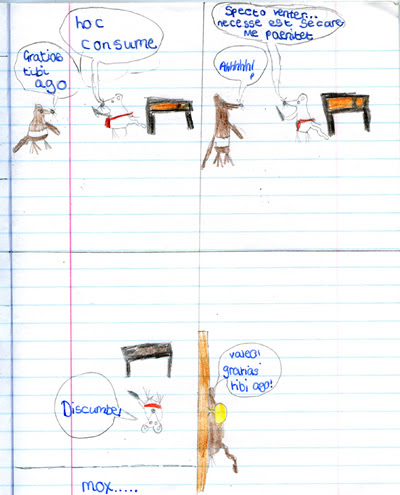 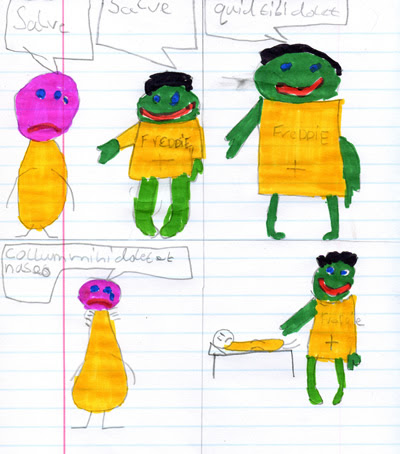 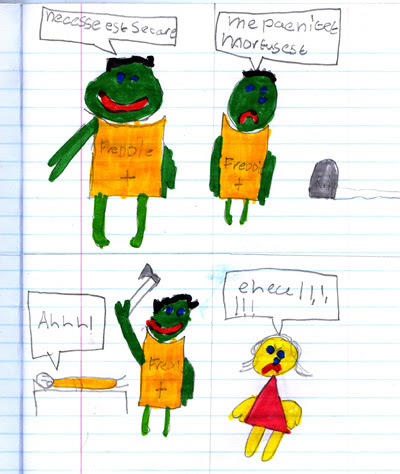 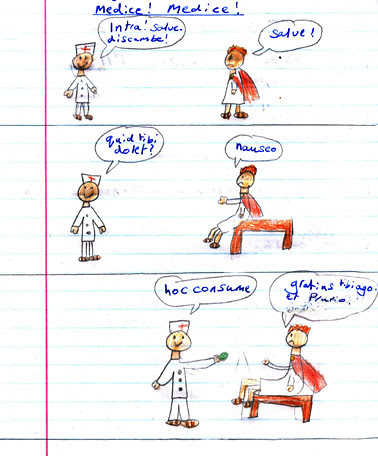 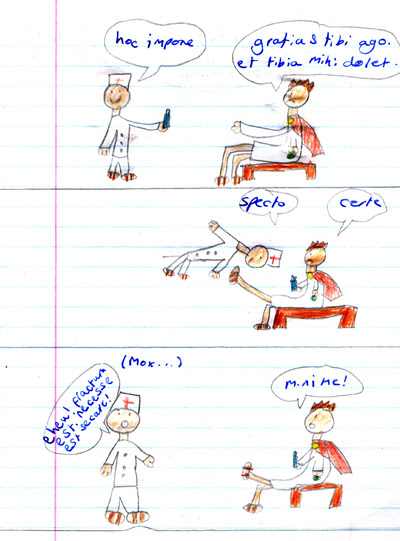 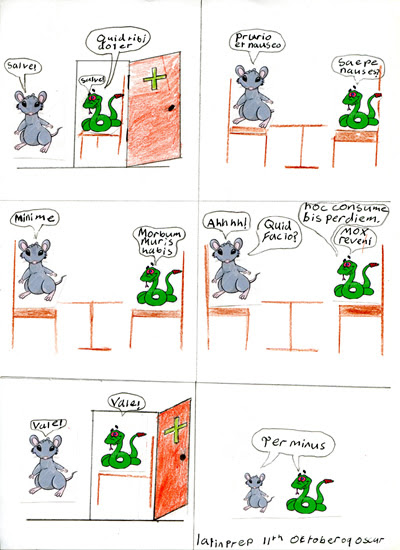 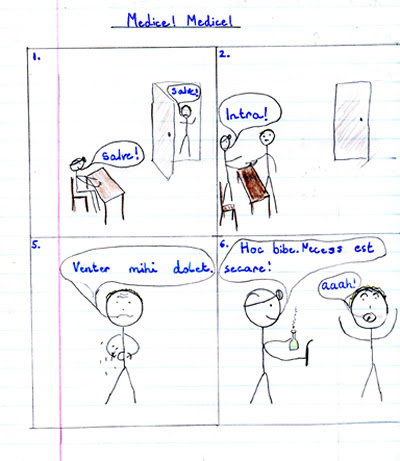 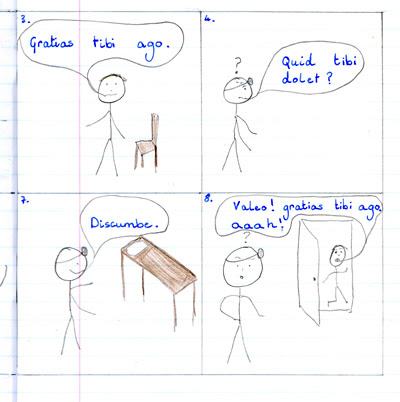 We've been working with the 'Doctor, doctor' material again. This time round, pupils composed their dialogues and turned them into comic strips either in the traditional pencil-and-paper way, or with Comic Life and our collection of puppet photos. I'm pleased to report that this year's stories are as gruesome as ever... 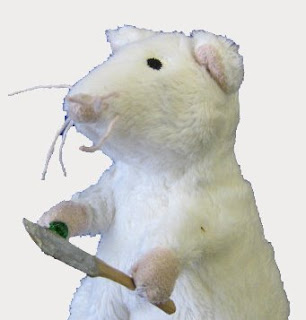 Another bit of video, this time from Year 5 working with our new puppet theatre (it's an old wooden clothes-horse with felt stapled over it). Pupils used the 'Doctor! Doctor!' exercise from the Minimus workbook to write little Latin dialogues, which they acted out with the help of our mouse puppets.

We have a set of three - doctor (with tiny scalpel and pill sewn on his paws), patient (optional bandage and spots) and nurse. They started life as a set of soft toys from Ikea, but were..converted...for use as finger puppets. Best not to think about it too hard.

We found that it was impossible to record video and audio at the same time, as the puppet handlers' voices were muffled by the felt screen, so we recorded the dialogue first, then played it back as a guide for the action.
Posted by Dr F at 8:26 pm 1 comment:

Year 7 wrote little puppet plays to explain the use of the six cases. Here's a collaborative effort, with two of our favourite puppets (picked from an ever-growing collection).